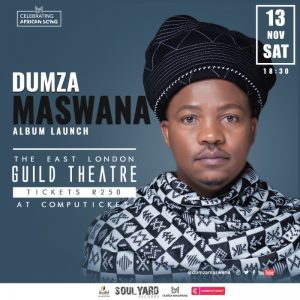 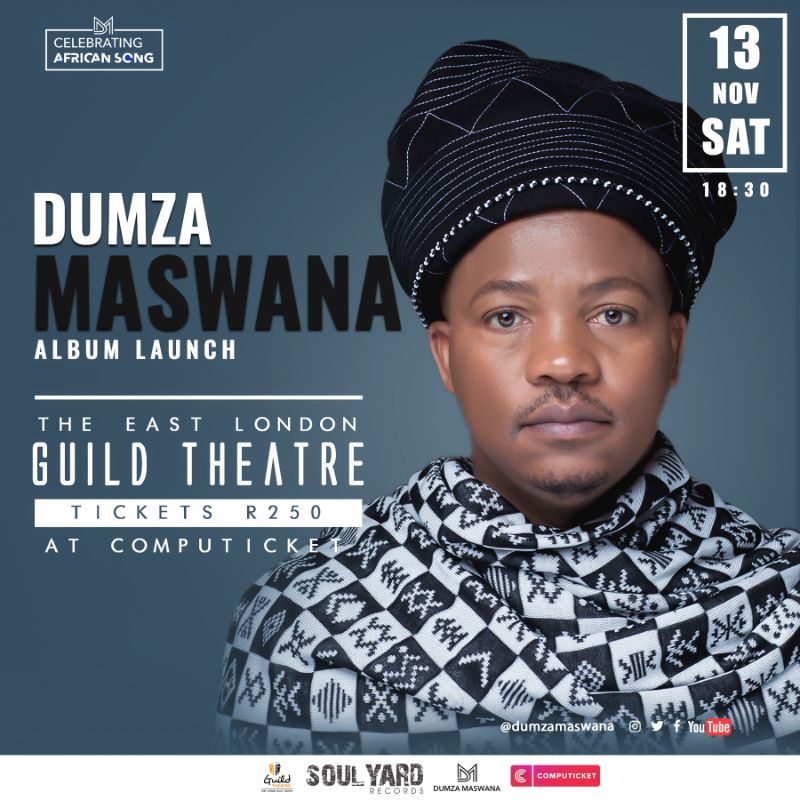 Dumza Maswana just finished recording his much anticipated third studio album titled “Celebrating African Song,” which was produced by award-winning and globally-celebrated South African jazz pianist, Andile Yenana. The first single from the album “Vumani” is now out and available exclusively on Bandcamp. The album will be launched at The East London Guild Theatre, on the 13 November 2021. This album has always been Dumza Maswana’s dream, to combine his roots, the music he grew up listening to unconsciously, the music his grandmother taught him and the music he loves so much, Jazz, and the personnel chosen for this project executed the vision perfectly. Andile Yenana on Piano, Ayanda Sikade on Drums, Jimmy Mgwandi on Double Bass, Sisonke Xonti on Tenor Saxophone and the co-producer Lwanda Gogwana on Trumpet, Lwanda also arranged horn section. “This team consists of people who kind of have a had an impact on my musical path so far, or who were sort of influenced by the same roots as me.” This album was recorded when the pandemic lockdown eased up and there were times where adjustments had to be made. “I kind of took some time to release my debut album, because I really wanted to make sure that it’s fully who I am as an artist,” says Maswana. “It’s exactly what I wanted to send out into the world and not just do a record, but do the record that I’ve always been dreaming about.
Known for the singular depth of his soothing baritone voice, Dumza Maswana fuses tradition, spiritually, soul and jazz to create sonic experiences that uplift, inspire and heal. He writes and sings from a place of knowing, reflecting his experiences and paying homage to his culture and home. In addition to being a musician, Dumza is passionate about mentoring young artists, giving them the information and tools needed to succeed in the industry.
“I tell Eastern Cape stories first, especially from the villages. I think their stories, way of living, their music, language, and beliefs are often overlooked – our stories deserve to be heard.” – Dumza Maswana
Born in the vibrant small town of Ngqushwa, in the Eastern Cape, Dumza was drawn to music at an early age. His grandmother was his very first teacher, introducing him to the art of singing and storytelling. His passion for music impelled him to form Healing Voices, an all-male gospel group he started at 17 years old, before moving to Johannesburg, to further his musical interests.
Dumza has shared the stage with some of South Africa’s most illustrious musicians, including Thandiswa Mazwai, Simphiwe Dana, Ringo Madlingozi, Tshepo Tshola, Sphokazi, the Jaziel Brothers, Mafikizolo, and the legendary Victor Ntoni. He has also opened up for international musicians Kenny Lattimore and Chanté Moore. He has been featured in the works of award-winning DJ Mobi Dixon and DJ Palture. Dumza has also worked with Black Motion.
A limited number of tickets are available from Computicket at R250 per person and R400 per couple
↑
scroll to top