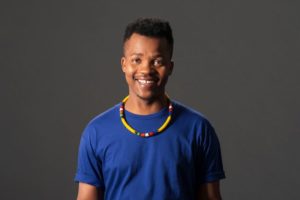 CELEBRATING AFRICAN SONG TOUR with DUMZA MASWANA
Throughout Southern Africa, traditional music has been fading into obscurity as it is ignored, this music is
fighting attention of the consumer, media, clamoring and competing with easy to digest commercial and
“hip” modern sounds. Through the movement of time, our ethnic music has been pulled and prodded and
changed under the overpowering influences of modernity. With the slow introduction of the influences from
foreign visitors and establishment of western churches in the rural Eastern Cape has seen the demise of
original IsiXhosa music. Through the production; Celebrating African Songs, we will treat the iconic music of
our elders which has been passed down from generation and conserved through years and remains a major
part of the identity of the people of the Eastern Cape. Songs by the revered Mam’Madosini trickled with
elements of Jazz but with the earthy isingqi coming through will be showcased.

Celebrating African Songs; will be exposing people to more of the old music of the Eastern Cape, our
traditional songs, we will rebuild pride of our tradition and people. The show will celebrate indigenous music
from the villages that soulfully caught my attention as a young boy. I inherited some of these songs from my
late grandmother, Noyekile Maswana, who used to make me sing and clap, while she would dance. I will also
perform new songs that are inspired by those sounds. The music will be the type of music with innovative
harmonies, engaging lyrics and expressions that bring nostalgia, with the type of melodies that invoke
powerful reactions from different ages and cross over to other realms of spirituality. We will be paying
homage to fallen greats that have ensured the sounds and songs of years gone remained etched in our hearts
and minds. We will be continuing the works by the likes of Mam' uMadosini and uMama uNofinishi Dywili
whose sounds are a celebration of indigenous Xhosa music. This show will also feature one of East London’s
artists, ODWA NOKWALI.
“In this show I want people to know that there is still music out there that is thoroughly African, in history, in
inspiration and in sound, but it is often ignored, the attention of the public, of business, of the media, is given
to commercial music. These songs remind us who we are, they have message and they reinforce our
humanity.”
Dumza Maswana brings his Acoustic Band and his Quintet.