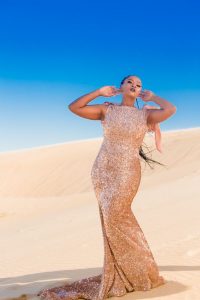 This live album launch is for the debut album Iyana by Ikhona. Ikhona has released her debut studio album after a successful single titled Thulungakhali which featured Eastern Cape based award winning gospel artist Betusile Mcinga. The single which thrust Ikhona to the national stage after having been largely established in the Eastern Cape went on to be viewed over 800 000 times on YouTube alone. The Launch will be in East London at the Guild theatre. This offering by Ikhona will be a feast of her majestic stage performance and will treat supporters to a never seen before catalogue of the sounds from her album.

Tickets are available from https://www.computicket.com at R200 per person.